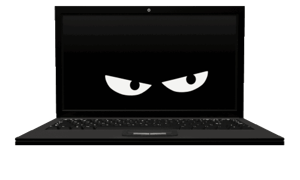 The Council of Foreign Relations has stated that China, Russia and Iran are the top three states thought to be sponsoring cyber operations against businesses. That’s a cheery thought for the middle of 2020, a year which has already seen such turbulence.

Last month alone there were many known attempts to destabilise security internationally by targeting business. To name a few; the National Security Agency announced that Russian hackers were able to take remote control of US servers through a bug. Similarly, businesses that supply software and equipment to industrial firms in the UK, Italy, Germany and Japan were attacked by unknown hackers. Similarly, Russia was believed to have exploited IT supply chains to compromise Germany’s energy, water and power companies.

This month, and on a larger scale, China is thought to be behind cyberattacks on key Australian institutions. These have included state-owned utilities and hospitals. This is very concerning as it suggests that Chinese cyber actors are aiming to impair or damage the operation of Australian medical services and crisis response organisations both nationally and internationally. The Chinese Embassy has declined to comment on these allegations.

Scott Morrison, Australia’s prime minister, said that it was a ‘sophisticated state-based cyber actor because of the scale and nature of the targeting and the tradecraft used’.

Australia’s security services have been working closely with the UK and other allies to help contain the damage. However, businesses are responsible for their own security and in a super-connected world, hackers will use one weak business to gain access to other organisations they are connected with. The battle between individual businesses and state-sponsored actors is unequal and unfair, but in a time where cyber-attacks are only likely to increase, we all have a responsibility and role to prevent cybercrime by protecting our business and thus our national security.

If you want to know more about how to protect your organisation. Please Contact We Fight Fraud.

There has been such a big increase in hacks of managed service providers (MSPs) recorded by the US...

The problem with 'Big Data' If your company manages ‘big data’, you’ll know that these vast...

This year has been very different from the rest with Covid wreaking havoc in the professional and...