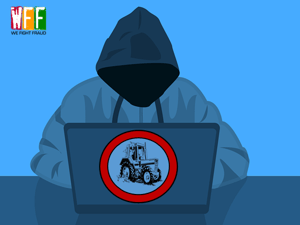 Following on from our article on how Digital Rights Management (DRM) is hampering pen testing, we’ve been asked what we think could help the situation

It’s very easy to assume that we’re all doomed with DRM, but there are some positive things that can be done to change things. The first thing on the list is to SUPPORT THE ELECTRONIC FRONTIER FOUNDATION!!! They are fighting a crucial battle. And there are plenty of other resources we can draw upon to help us fight for our ownership.

There’s sadly no perfect answer to any of this, but here’s what We Fight Fraud proposes:

Solomon Gilbert is We Fight Fraud’s Head of Cyber. He is in charge of penetration testing which is an integral part of WFF’s Holistic Threat Assessment.

There has been such a big increase in hacks of managed service providers (MSPs) recorded by the US...

Have you ever bought an ebook for a kindle? Or purchased a device from Apple? Ever watched a DVD?...

‘Remote Desktop Protocols’ (or RDP) is a term likely mentioned during the weekly roundup meetings...